The Risks of Vaping 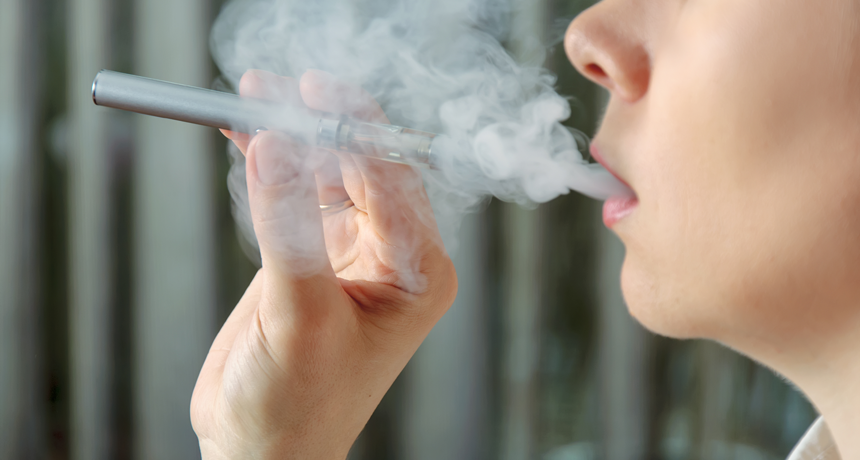 Though initially developed as a safe alternative to cigarettes, we are now being told that vaping is not as safe as we originally thought.

At Perth Hypnotherapy Clinic, in any case, we have never recommended that our clients use tobacco substitutes in order to quit smoking, primarily because products like e-cigarettes are linked to a myth that smoking addiction is primarily a physical addiction as opposed to a psychological issue.

Moreover all of the products like this – whether it’s vaping, the patch, or nicotine gum – are linked to the image of quitting smoking as a hellish ordeal that cannot be suffered without some sort of substitute: and this is simply not true.

The myth above – that quitting smoking without substitutes is impossible – is simply untrue, as we personally have treated hundreds of smokers by using hypnotherapy without the help of any physical substitutes.

The first thing we do is explain to our patients that what seems to be their physical addiction is just their mind playing tricks on them.

The fear they feel about giving up is misinterpreted as a withdrawal symptom.

And this fear of giving up – since quitting smoking is allegedly so impossible – has been reinforced for years and years by those who market tobacco substitute products like e-cigarettes.

But surely, some of you will insist, vaping is still safer than smoking real cigarettes.

And yes, it’s true, we cannot deny that vaping is safer.

But one could also argue that jumping from a moving car is safer than jumping out of an airplane: and sure enough, it’s true, but that does not mean that you should do either one of those things in the first place if you don’t have to.

Vaping is still dangerous, albeit less so than smoking, and it is not something that anyone needs to do.

Recent studies have shown that adults that vape are 56% more likely to have heart attacks than non-users, as well as being more prone to depression and coronary artery disease.

Vapers are also 30% more at risk of strokes than non-users.

A professor at the University of Kansas School of Medicine, Mohinder Vindhyal, led the study which used data from over 96,000 people, and according to him: “This is a real wake-up call and should prompt more action and awareness about the dangers of e-cigarettes.”

The only real conclusion to make, based on these new statistics, is that between the three options of smoking, vaping, or neither, neither is the only serious option that makes any sense.